Issues created from emails attach files such as marketing advertisment images or even text often included in singatures to an issue, which can clutter things for issue asignees in that they might not be able to filter out important attachments or will lose valuable time in manually deleting attached duplicate files from attachments. Additionally, administrators may want to restrict certain files from a source from being attached to new and existing issues.

Implement a file and text filter on a global (JIRA administrators) and/or project (Project administrators) levels to exclude selected attachments or text from email content for new issues as well as comments added to existing.

In orde to manage files exclusions, there would be a select drop-down options next to each attached file allowing to quickly exclude attached files from further inclusions using a combination its name and checksum for uniqueness.

A dedicated filters manager would then allow system admins or project managers to manage such exclusions (similar to lists for blocked users in IMs).

Why this is important

Issues with multiple copies of attached files not pertinent to request's problem not only clutter the system but also can cause delays in ticket processing or ticket asignee to miss important attachments in growing list of duplicated files. 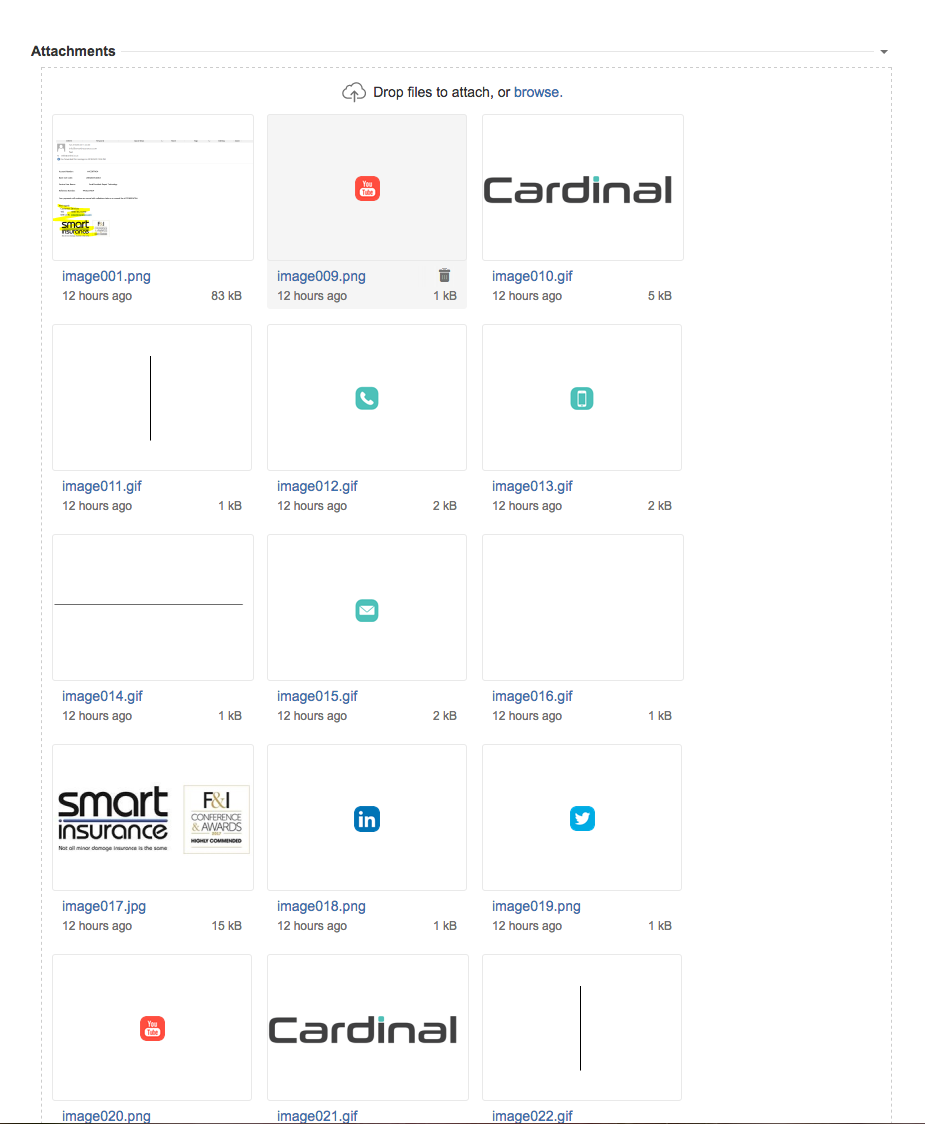 JSDSERVER-6884 Some incoming mails containing attachment failed to be processed

JSDSERVER-2090 Be able to remove images in mail body