Atlassian Resolution as of 11 August 2016

This issue consists of 2 underlying symptoms relating to the PDF Conversion Service where the Confluence system can become unresponsive or crash:

The PDF Conversion Service is built on top of a 3rd party library (Aspose), requiring an ongoing Enterprise support case between Atlassian and the Aspose team. Outside of this dependency, we have independently investigated and implemented a number of changes in the way we utilise the Aspose library in order to address this issue. Thus far, we believe that we have resolved the sustained high CPU usage with the following improvements:

The Aspose library continues to require a high amount of memory for the PDF conversion service, which means the system might still experience an OutOfMemoryError. This is more prevalent when converting the extra-large PDF files (e.g. file size is above 100MB), which could exceed the available heap memory. Once the OutOfMemoryError occurs, the system is likely to be slow to respond to user requests, and a Confluence restart is recommended.
Workaround for OutOfMemoryError:

The Confluence development team is looking into additional strategies to tackle the potential memory issue.
Please refer to https://jira.atlassian.com/browse/CONF-43363 for any ongoing issues relating to the OutOfMemoryError issue
If you have any ongoing issues with respect to CPU spikes following upgrading to version 5.10.4+, please feel free to comment here or raise a support request.

Following appears in the thread dumps:

The PDF does not render properly, also see the symptoms above.

Refer the below Screenshot : 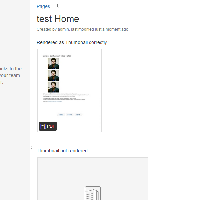 Add the JVM Parameter -Dconfluence.document.conversion.threads=3 and restart Confluence for the changes to take effect. While this is not a fix for the problem, it should reduce the number of threads spawned for document conversion; and subsequently reduce overall CPU usage. This parameter is only valid for the affected versions listed (i.e, Confluence 5.7 and above).

Alternatively, it is possible to disable the file conversion service altogether: https://confluence.atlassian.com/display/CONFKB/File+conversion+service+causes+out+of+memory+errors+in+Confluence+5.7+or+above

Aspose is the third-party library Confluence uses for processing PDF files. The reference ticket for this bug:
http://www.aspose.com/community/forums/thread/672293/locking-all-threads-on-the-server.aspx

has a regression in