This should create a single new build for the emoji branch, but instead seems to keep spawning off new builds every time the repo is polled.

We saw roughly 1500 builds created per plan that was linked to the problematic repo: 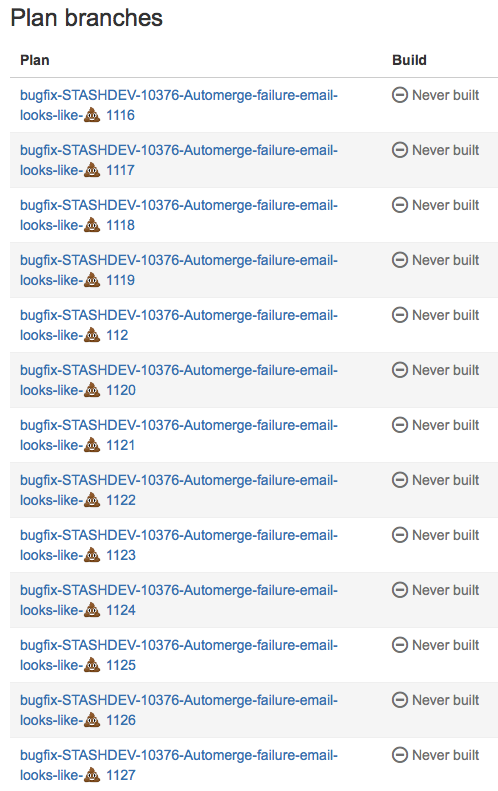 And we saw the number of builds on the whole instance rise steadily over time:

I also found a branch that was created back in 2013 which caused the exact same pattern: 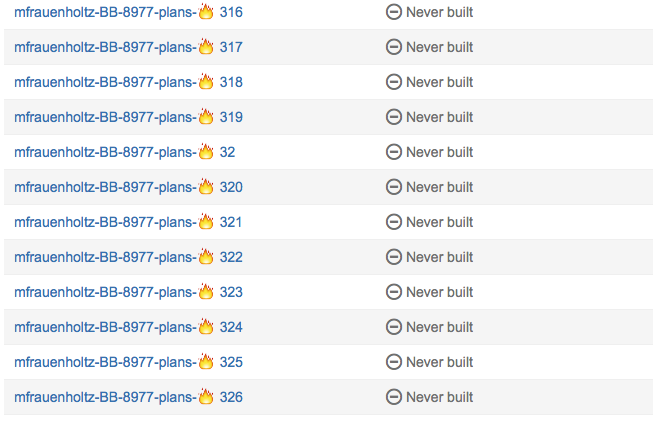